This girl is an Avengers fan (as far as the Marvel movie universe goes, anyway). So, I’ve been counting down the days until I could see the latest film.

Some people I know and love went to see it on opening night. Two of them were actually going to the movies with me and my husband when we saw it two days later.

But I can’t blame people for being excited. I did the same thing with the Wonder Woman film last summer.

Here’s some non-spoiler things they said about the movie:

SON: Have you seen THOR RAGNAROK?

ME: Yep. Twice. Cracks me up every time.

SON: It starts right where that one left off (if you stayed to watch the after-credits scene).

ME: I know some people are going to die.

DAUGHTER: Yeah, I even cried.

WHAT! I was totally worried they were going to kill off Captain America after that tidbit.

A later conversation with someone who hadn’t seen the movie yet. He just happens to be a comic book reader (more power to him, but comic books give me a headache.) I want words. Or I want pictures.

ME: So what happens in the comic book.

ME: Well, that’s not right. What about the Avengers?

HELP! I’m drowning in suspenseful dread at this point. 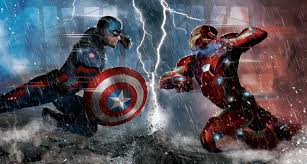 Just to confirm that I wouldn’t throw something in the theater or leave screaming, I had another conversation with my kids who’d already seen the story.

ME: Is there at least a complete story?

SON: *pauses to think* Yeah. It’s not a cliffhanger ending, but you know there has to be more coming.

ME: Then whose story is it.

ME: No. That’s not the way it works. If you had to pick someone, whose story would it be.

ME: (inside my head) ARE YOU KIDDING ME? I’M NOT PAYING TO GO SEE SOME VILLAIN’S STORY.

DAUGHTER: Yeah, but it’s kind of Thor’s story, too.

ME: (sighs in relief)

And then we showed up at the theater at 6:30 pm on Sunday for our 7:00 showing of AVENGERS: INFINITY WAR.

I was ready for this. I’d been counting down the days. There’s no way I was going to let a few cryptic remarks get me down.

After 20 minutes of previews ( I wish I was joking about this), I’m about ready to march up to the tech booth (or whatever it’s called) and force the movie to start.

Two hours later, I’m speechless. Shocked. Stunned. Unsure how to even comprehend what the Marvel writers were thinking.

It’s the morning after now. I’m still contemplating the ramifications of this film.

A review will come on this very blog later. But first, I need to watch the movie again and decide if I like it or not.

Have you seen it? Did you like it? Only non-spoiler comments in response to these questions please–and thank you.