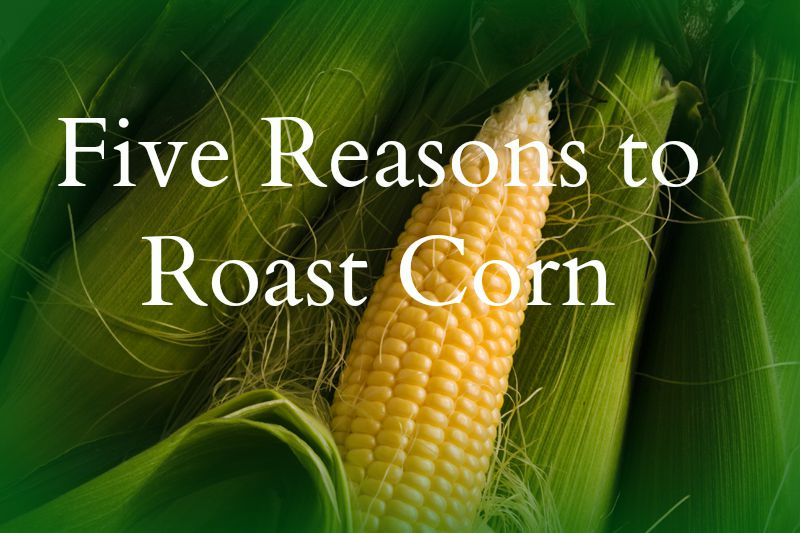 Summer brings a berry-full bounty of fresh fruits and crisp vegetables. There’s plenty to smile about.

One thing that doesn’t arrive until summer is on its way out: corn on the cob.

Golden (or white or bi-color, if you prefer) kernels of sweet juiciness that are perfect for the grill. Lip-smacking delicacies that beg for a gob of creamy butter and a few sprinkles of salt.

Which is why September and early October are the perfect months for a corn roast in Oregon. By the middle of the month, the biggest corn farmers in the West are mowing mazes into the former gold fields.

If you love a barbecue and you love corn on the cob, you’ll find an old-fashioned corn roast is the best of both worlds.

I’m as in to microwaves and gas grills as the next person. I own both and use them as often as I shower.

But to get the best nature has to offer from sweet corn, even a charcoal grill won’t do.

Mound up your favorite flavor of wood and set it afire. Cut the tassels off the unshucked corn. Once the coals are hot, tuck the corn around it and turn them occasionally.

It’s worth waiting for. The water inside the husk steams it to perfection.

3. Laughing at your friends trying to pick corn from between their teeth

4. More corn on the cob begging to be eaten

Quick update: Using frozen corn on the cob and wrapping it in tin foil for the fire will do in a pinch. However, it doesn’t hold the same juicy appeal as roasting fresh corn sans husk in the fire. Just saying.

What’s your favorite sign of fall? Is there a food that must be cooked a certain way to meet your approval?