Writing is easy. All you have to do is bleed on the page.

And if you’ve been writing for any length of time, you know how true this sentiment is. It’s the reason many people keep their written words hidden.

I poured my heart and soul on that page. If someone laughs or scorns after they’ve read it, my soul will shrivel into a ball and die a slow, agonizing death.

Yes, I’m a writer so hyperbole is to be expected.

I try not to bore you with my writing stuff all the time. But I’ve been bleeding so much in recent weeks, I need a transfusion. I figured maybe some of my readers would step up to the plate and offer to donate to me.

The nonfiction project I’m currently working on has been brewing in my heart, mind and imagination since February 2014.

I had attended my mother’s funeral a week before. The day I had my first thought about this book, my husband and I were plodding through the snow on our way home from another funeral.

I wished there was a book I could read that would make all my crazy feelings make sense. Or at least, if they couldn’t make sense I’d realize I wasn’t alone in feeling them.

And I reached for some books for those in grief. And they didn’t have what I needed. 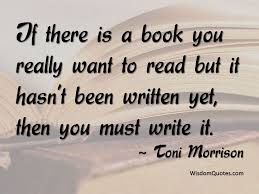 I began making notes about what I wished would be inside this book.

It needed to be part memoir because I wanted to get inside the heart of another person who was going through the grieving process. And it needed to offer hope, so I figured that meant it should be part Bible devotional or study.

As the idea evolved, I decided not to include study questions. I opened each chapter with a vignette or two from my personal experience grieving people I loved and lost.

The second half of the chapter would be my expository thoughts on Bible stories, passages or characters who went through something similar. Or who offered me hope as I was facing the dark forest of grief.

Even though I began researching for the book in Spring 2014, I never wrote any words in it until 2015. And it took a tourniquet to stop the bleeding.

So I shelved the project.

The delightful thing about a nonfiction book like this is that I only need to write three chapters to market it to agents. I have the first draft of those chapters and a rough book proposal. Before this year is out, I will sent this project out to agents.

And it still doesn’t have a title.

What would you call it?

Elephant in the Tearoom

Concurrently, I’ve finished the full-length first draft of a short story I wrote during National Novel Writing Month in 2014.

Three women take a pilgrimage to Victoria B.C. in honor of the mother who planned the trip. Of course, they’re all carrying secrets and extra baggage that no one knows about.

This is women’s fiction at its finest. But it also takes an auto-biographical moment and converts it into fiction. And I’m not the only “real” person to star in the novel.

So, I obtained approval from the other two women who people will assume the story is about.

Folks, it’s fiction. I write stories. While the premise in this book is based on a trip that my mother planned, the trip never happened. Every event in the story is made up.

The emotions behind the story? Those are real. Because if the writing doesn’t bring tears to my eyes, I can’t expect my readers to cry.

And once again, there was a story that could benefit the world. So… 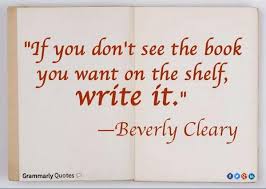 Both of these projects are tapping into my memories of times of loss. Doing that is putting me back through the five stages of loss.

In fact, some days I think training for a marathon would be simpler.

And only insane people think running 26 miles is a good idea.

When have you felt like a project required your heart and soul? Any encouraging “blood transfusions” to offer me?

2 thoughts on “Bleeding on the Page. Thanks for the advice, Hemingway!”